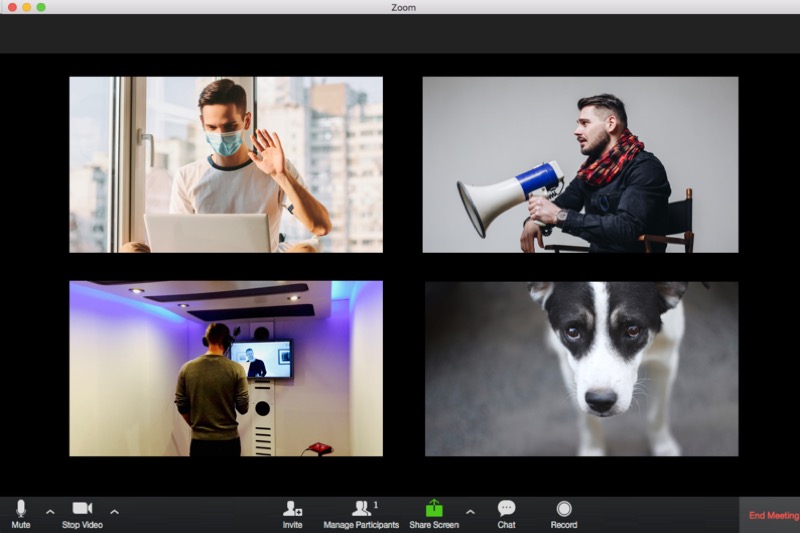 It’s the Spring of 2020. Pretty sure it’s Friday. Like almost every industry, audio is through the looking glass, trying to figure out how to adapt, to survive and thrive in the new normal.

The good news is, we’re audio people. We exist in a world where, by and large, our peers are ready, willing and able to share, to help.

Shoots are now a cease-fire and release dates have been surrendered to mother nature. The ability to deliver shows which are already in post is now all that stands between a captive audience and the apocalyptic dystopian wasteland of back-to-back Frasier.

Chief Engineers and post-house CEOs, starved of trade shows at which to hear how it’ll hypothetically be possible, have gone rogue and simply turned remote working into a reality. Edit bays and grading suites, hastily cloud-enabled, are distributed to the spare rooms and kitchen tables of creatives around the world.

Yet again, it’s that pesky sound department causing a headache.

It’s not just actors who can improvise.

Whether it’s voiceover or ADR, there’s a critical blockage in getting shows delivered. In turn, delivery tends to trigger a much-needed payment for the post house and freelancers working on a show. As a consequence – all eyes are on audio.

Getting a Pro Tools rig, speakers and control surface deployed as a home studio is evidently simple enough – god knows the internet is straining under the weight of all the photos. Progress can then be made in crafting a show’s sound… Right up until another human being (remember them?) is required.

In the space of around a week in late March, two things happened. California Governor Gavin Newsome issued a ‘safer at home’ order, and Prime Minster Boris Johnson followed his European counterparts in locking down non-essential activity in the UK. A basic tenet of any version of lockdown is remote working (whether enforced or encouraged) and social distancing. Neither concept is compatible with two or more people in a studio, even if that studio is open for business.

How then, from that point onwards, could vital ADR or voiceover be recorded, and recorded safely?

In the days and weeks that followed, the audio industry began to figure that out.

By mid-April, the worldwide audio community was a month into their real-world experience of remote ADR. With this in mind, AMPS (Association of Motion Picture Sound) Chairman Rob Walker scheduled and chaired an all-comers Zoom call, in which experiences and approaches could be shared and discussed. This conversation is now available, in full, as a podcast. Presenting in the conference call were:

All of whom have been fully immersed in various aspects of getting remote ADR shot for pipelined shows over the course of the last month.

Overall, two distinct approaches have emerged. SpaceCrate, Goldcrest (and a mention in the call for Art4Noise) offer dry and wet-hire variations of the ‘old way’ from the era B.C. (Before Coronavirus). Standard, purpose-built ADR studio environments in which the usual kit is present, but the working methodology has been modified specifically to adhere to Equity union guidelines and accommodate isolated, remote ADR.

The result is a contactless studio experience; sanitized, gloved and socially-distant for the actor and their ADR mixer, each working safely in isolation. The obvious benefits are those of familiarity and no risk of compromise to the end result. The actor is required simply to act, and the dialogue will sound great. No added technical burden is placed on the talent. The one significant proviso: they must be willing and able to get themselves to the studio.

For others, where the actor is recorded at home, Michele, Marc, Tim, Jamie, Steve and Rob shared with the group their valuable collective experience of working this way.

Michele and Marc spoke jointly, covering their approach as a duo to remote ADR on a recent project, as did Jamie and Steve. Tim and Rob each offered a run-down of how they have been tackling it. Michele explains “I’d much rather be in a studio, but it’s one of those situations where we need to do what we need to do”.

A common theme was the challenging recording environment of a domestic setting. Family members, housemates, pets, neighbours and cows all factor – often audibly – in the recording process. Here, wardrobes and pillow forts play a vital role in creating a conducive, reflection-free acoustic environment.

Technical know-how at the actor’s end of the chain is a significant challenge. Not helped by the fact that Zoom (the videoconferencing platform) is called Zoom, just like the H5 recorder used in Michele and Marc’s method – also made by Zoom…

Simplicity is key. Both Tim and Michele employed the listen-and-repeat method for cueing their talent, rather than complicate the process with streamers and wipes. Marc Specter reflects “SpaceCrate and Goldcrest represent trying to do it the proper way. We came at it from the other end, starting with nothing and finding simplicity, we can make it work”.

Jamie Roden explains “I need to take control back from the actor, and just let them act”. Jamie’s sentiment is echoed by Tim Hands who adds “We just have to let [the actor] take their own shot at it, I don’t want them to be stressed, worrying about pushing buttons and being in the right place”.

Behind all that simplicity lies complexity, talent and ingenuity. The smooth running of a remote ADR session is critical to deliver the all-important performance, and that’s all about prep.

A wide spectrum of technology has been brought to bear. Whether that’s Todd AO’s actors mobile ADR app, down-the-line internet recording packages such as Source Connect and Session Link Pro, or USB and iOS compatible mics from Rode, Sennheiser, Shure and others. Choosing the right toolset for the job at hand (in the knowledge that tomorrow’s session might require an altogether different approach), is a necessary and time-consuming job.

Expectations need managing. Whichever method is employed – and there may be more than one approach for any given show – the process will take longer than it did when everyone was in the same room. Set up times, prepping cues, running line tests, getting everyone accustomed to new technology; all necessary in support of getting the session to flow.

Given the technical complexities of remote ADR, splitting responsibilities on the recording side is certainly recommended. Marc Specter explains “We had the luxury of two heads on it, so I could be technical and leave Michele to do more of the standard ADR Supervisor job”. Jamie Roden and Steve Little also teamed up on a project, Steve explaining “I would always have a second person being in charge of the record. There’s so much to do that you can’t be thinking about that at the same time as trying to be an ADR Supervisor”.

Once underway, the results have been impressive. Actors have mostly been ‘up for it’ – willing guinea pigs in some extraordinary experiments. Steve concludes:

‘There’s just this vibe in the industry of “We’re not going to let the wheels fall off”. We have to deliver, we have to keep going. So we’re all just pulling together and trying to get different systems to work in different ways – and I think it’s been amazing’.

The show, after all, must go on.

With the kind permission of AMPS, the technology used in each contributor’s approach, along with the chat from the Zoom call, is outlined in detail in this pdf document. 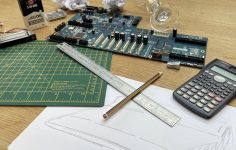 Where is the next-gen control surface coming from, and when?